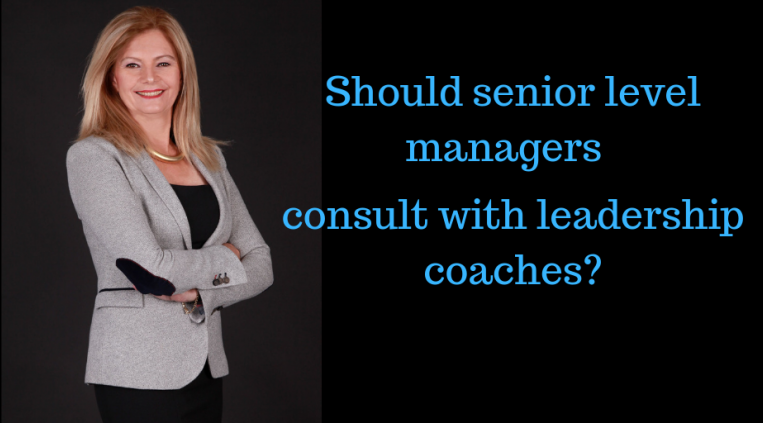 When I welcomed Mark, the CEO of a very successful hi-tech company into my office, I could see that he was less than enthusiastic to see me.

As he sat down, he told me that he had come to me because his good friend Tim, another top hi-tech CEO, had hounded him so much that he finally agreed. I smiled to Mark and told him that Tim had pleaded with me as well to squeeze him in, as Mark was what he described as an urgent case.

But after 35 years of practice, this scenario wasn’t new to me. Most successful CEOs are pretty sure they don’t have much to learn from leadership coaches like me - especially professional development goals for managers.

“Well, Mark, now that we’ve both kept our promises to Tim, we can end things now and part as friends,” I said. I had decided to put the ball in Mark’s court.

Mark was completely taken off guard and even looked embarrassed. We remained silent for a few moments and then he began to speak.

“It’s not just a saying that it’s lonely at the top,” he uttered.

“Everything is great when the company is running well. My employees are keen to share the credit for our successes, and of course, I’m more than happy to do so. But when things go wrong, it gets very cold and lonely,” he admitted.

Mark told me that he had confided in Tim about a week ago, when he’d returned from a board meeting, completely disillusioned. His company had turned out very good quarterly results, yet the board had hoped for larger growth.

Mark had explained that because of recent trade conflicts, it was taking longer than expected to produce certain components in Asia. As a result, there had been a delay in sales.

“But the board wouldn’t accept this explanation,” he upsettingly said.

“They were only interested in seeing a steeper growth graph.”

He continued: “And with all due respect, Etika, I’m really not sure what this has to do with you or how you can help...unless you can recommend some other factories.”

I told Mark that in terms of factories, he’d have to consult with someone else, but regarding his bigger question, every CEO needs and should engage in leadership coaching to promote professional development goals for managers like himself.

“Mark, let me ask you a question. In the last month or so, how many times have you made a tough decision based on your experience, even your gut feelings?” I asked.

Mark gave a wry smile and answered, “Countless times, of course. That’s what’s expected of me - to use both my experience and intuition. That’s why things generally run pretty smoothly.”

“No doubt in my mind, Mark,” I replied. “By the way, do you have any idea what percentage of our decisions comes from habit versus actual processing,” I asked.

“Research shows that about 40% of our daily decisions are automatic, while we only really think through the other 60%,” I said.

“Honestly, I didn’t know that,” Mark replied with interest. “Is this good or bad? Should I be doing something else?” he asked.

“Great question,” I said. “The good part of acting automatically 40% of the time is that it allows us to decide things quickly, thus increasing efficiency and saving us time,” I answered.

But then I continued: “The downside is that sometimes we react inappropriately to certain situations we think we’ve seen before.

As experienced managers, we’re expected to think quickly on our feet. This sometimes comes at the expense of taking the time to analyze the situation and think things through.”

“Right, I can relate to that,” Mark admitted. “I’ve shot from the hip a few times - regretting it later.”

“Exactly,” I said with a smile. “Of course, automatic reactions are great for efficiency, but sometimes they need to be restrained. Such restraint allows you to stop and consider if your instincts should be acted upon for a particular situation. This is similar to counting to ten before reacting when you’re angry.”

“And once you do learn to stop and think, you’ll find that you’ll actually develop and add new and improved automatic reactions to your repertoire, rather than sort of recycling yourself” I added.

“As I see things, this is the secret to real growth in managers...the ability to evolve even at the most senior levels,” I commented. “And this is also the place where many CEOs like yourself are lacking, which leads to the “lonely at the top” feeling you mentioned earlier,” I added.

“That makes some sense,” Mark said.

“But you have to want to grow, Mark, and that means regularly meeting with a leadership coach,” I asserted.

Inside, I wasn’t sure whether Mark was convinced. I told him that our time was up and that if he wanted guidance in growing even further, I would be happy to take him on.

Mark was a bit surprised by my abrupt ending, but again, I felt that putting the ball back in his court was the right thing to do.

Based on my experience, CEOs either exhaust themselves out and find another career or carry on trying to grow. It’ll be interesting to see what Mark decides to do.

Great managers are made. Not born..