If you want to get promoted, never imitate anyone 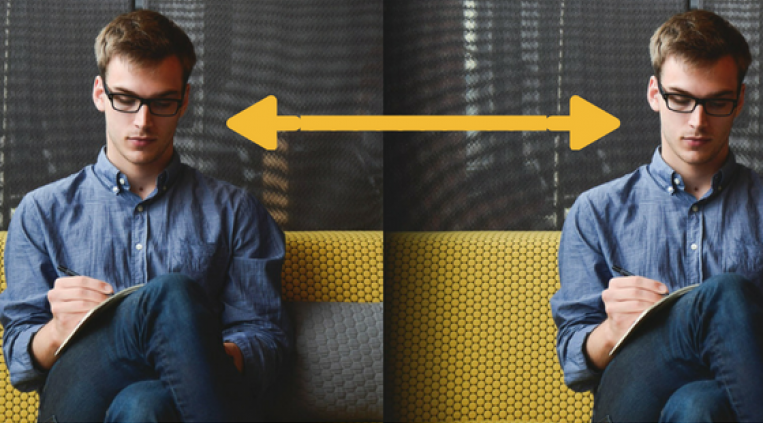 Those of you out there who’ve read my posts know that I’m a big believer in tapping into what I like to call your “hidden” potential - and all of us have plenty of that. Discovering and harnessing your own potential is the fastest track to career success - much faster than trying to imitate a role model - no matter how successful they are.  But that doesn’t mean that understanding how a successful person got to where they are shouldn’t be part of your corporate development career path. So here, I want to differentiate between imitating a role model and analyzing someone else’s path to success.

When you imitate a role model, your do so because you want to be as similar as possible to that person so that you, too, can be as successful as they are. But beware. By doing this, you’re essentially “forcing” a certain way of life upon yourself. Think of an actor who’s casted to portray a famous historical figure. That actor spends tremendous amounts of time and energy analyzing the way the figure walked, talked, ate, etc.

It’s the same when trying to imitate a role model in a bid to improve your corporate development career path. Like the actor, you’ll spend all of your energy adopting the behaviors of someone else. But meanwhile, you’re smudging out who you are as well. When this method fails (it will), you’ll attribute it to not having followed the role model closely enough. Needless to say, this is an incorrect assumption.

Instead, consider the following:

We’re not actors on a stage. We can’t really erase who we are and take on another persona - not for any significant amount of time, anyway.

In most cases, we’re either going to end up barely passing for the other person or not passing at all - and suffering all of the related consequences.

Conclusion: imitating a role model is not the way to go. It will only lead to frustration.

But you’re probably thinking: there are so many successful people out there, isn’t there some way to learn from them? And my simple answer is this: absolutely. It starts similarly to the scenario above. You choose a successful person whom you think you could learn from. But this time, you’re not going to imitate them. Instead, your job is to discover what has led them to their success and furthermore, to understand which of these success factors you can put into practice yourself. So instead of forcing a model on yourself, you’re doing a bit of analysis and then adopting certain principles for your own career success. I’ll illustrate what I mean.

Let’s say you admire a successful CEO, let’s call her Ruth. Your job is to find out what has led to Ruth to her success. For example, Ruth, on her way up the career ladder, worked for three different companies. You might think that this is a success factor, as it allowed Ruth to become familiar with different aspects of the industry. Next, ask yourself if this is something you’d be able to do. Perhaps you’ve already worked at two companies and could possibly work at one more.

Another good thing about Ruth is that at her current company, she ensured to make a vertical move at least every three years. You see this, too, as important, as it gives a clear message to the company that you’re aiming high. Would this be possible for you? Perhaps three years is a little too fast for you - maybe four years would do?

I’ll give you one more example. Not only has Ruth moved vertically every three years, she’s moved horizontally as well. She’s worked in marketing, sales, and operations, which, as far as you see, is the way to do things for someone who’d like to be the CEO one day. You could take this principle - horizontal movement - and apply it to yourself. You might decide that sales might be unnecessary and replace it with finance, as this would reflect your particular strengths better.

As I hope you’ve noticed, I haven’t suggested that you imitate Ruth’s career path. Instead, I have proposed what I like to call a “backbone analysis” of a successful figure and tried to show you what vertebrae might be applicable for your particular strengths - so that you can harness your own potential.

So, yes, you can certainly learn from the many success stories out there - not by imitating them - but by doing a backbone analysis - and then forming your own plan of action.